A different way of looking at retirement 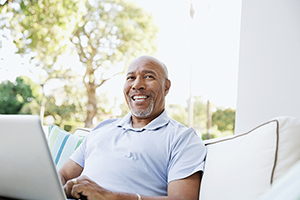 We want you to save for tomorrow, but we also want you to live brilliantly today. Enjoy all life’s adventures and go boldly into each one of them.

Empower is here to help you replace — for life — the income you made while working. We provide the information and tools you need to make informed decisions and empower you with the ability to act on those decisions quickly.

Planning for your future

Our innovative website and mobile app give you a personalized view of your projected retirement monthly income by allowing you to quickly and easily see where you stand, how far you need to go and what steps you can take next.

We can help you take a broader approach to preparing for retirement with investing, saving and planning options that include rollover and roll-in services, life insurance solutions, annuities, and IRA options.

An Empower Investment Account allows you to continue investing if you’ve reached the contribution limits in your retirement accounts or if you have other financial goals you’d like to work toward. 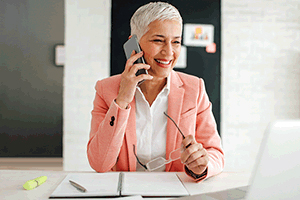 We can help you provide your employees with a better retirement plan — while also saving your time and effort.

We offer forward-thinking solutions and world-class service that help us work together — to win together.

Our suite of products and services are driven by innovation to be better, smarter and simpler.

We can help your employees engage with your plan through personalized and relevant multichannel communications. 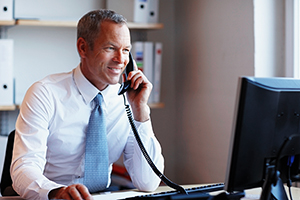 We can help you provide your clients with a better journey to retirement. Our innovative offerings and outstanding service can also save you time and effort.

Guided by decades of experience, inspired by leading-edge technology and driven by service excellence, we offer solutions designed to help you create better retirement experiences for your clients.

We strive to deliver intelligent, unique products, services and solutions for you to offer your clients, including investment services, plan administration, retirement solutions and more.

We can help you engage clients with relevant and actionable messaging delivered to the right people at the right time.

Home / About us / Executive leadership

Ed brings 30 years of broad industry experience to his role. Before his 2014 appointment as President of Empower, he had served as Managing Director of the Defined Contribution and Investment Only business at Putnam Investments since 2009. He joined the firm’s operating committee in 2011.

Previously, Ed held executive leadership roles for 17 years at Fidelity Investments in its institutional, private equity and retail businesses. He also served as President and CEO of Veritude, LLC, as well as a board member of BostonCoach, Advisor Technology Services, Seaport Hotel, World Trade Center and several other Fidelity-owned businesses. Earlier, he spent six years at Merrill Lynch.

Ed has written articles on retirement-related matters and has testified in Washington, D.C., before the House Ways and Means Committee. He has also testified before the Department of Labor, the Treasury Department and the IRS. He speaks on topics ranging from investment advice to lifetime income solutions for retirees.

Ed is a board member of the Employee Benefit Research Institute, Cristo Rey School, Boston College Wall Street Council and the New England Council. He holds a bachelor’s degree from Boston College and Ed is a graduate of the General Manager Program at Harvard Business School.

Rich Linton is Executive Vice President of Operations for Empower Retirement. In his role, Rich oversees all aspects of recordkeeping and plan administration operations, including participant and plan call centers, compliance, conversion and implementation services, client services and financial controls.

Rich joined the organization in 2016. He has more than 25 years of retirement industry experience managing all aspects of the defined contribution business.

Rich spent two decades at Fidelity Investments, where he gained deep experience running a major part of the operations organization. He served in a variety of leadership roles in operations, sales, product, marketing and client services before becoming Executive Vice President in the advisor retirement business. From there, he went to Bank of America, where he served as Managing Director of the business retirement solutions group.

Rich holds degrees in economics and mathematics from Boston University. He is board chairman and president of the Society of Professional Asset-Managers and Recordkeepers (SPARK). He also serves on the board of trustees of Colorado Succeeds, an organization comprising business leaders who are working to improve Colorado’s schools.

Steve has more than 25 years of marketing, product and business leadership experience. He joined the organization in 2014. Previously, Steve served as Head of Defined Contribution Product and Marketing for Putnam Investments, where he helped shape and execute growth strategies for the organization's defined contribution, investment-only and rollover businesses. He joined Empower and Great-West in 2014.

Steve began his investment industry career in 1990 with Fifth Third Bank. From there, he held leadership roles in marketing, product, finance and relationship management for Fidelity Investments from 1992 to 2009. Steve also co-founded Acceleration Retirement, a marketing analytics and outsourcing firm, and Stable Two Financial, a registered investment advisory company. He served as CEO of both companies.

Steve holds a bachelor's degree with distinction in business analysis from the Indiana University Kelley School of Business. He is a registered representative of GWFS Equities, Inc. and maintains FINRA series 6, 63 and 26 securities registrations. Steve is currently on the boards of the American Red Cross, Mile High Chapter; Big Brothers Big Sisters of Colorado; and Court Appointed Special Advocates for Children (CASA) Colorado.

Bill McDermott is Senior Vice President of Large, Mega and Not-for-Profit Markets for Empower Retirement. He is responsible for the quality of service delivered by Empower to more than 500 clients and 2.8 million participants.1

A 30-year veteran of the benefits and retirement industry, Bill joined the organization in 2012. Before coming to Empower, he led the defined contribution business within Goldman Sachs Investment Management. His previous experience includes leadership roles as Head of Defined Contribution and Outsourcing for large plans for Fidelity Investments; Head of Corporate Markets and a member of the executive committee for AXA Equitable; and Head of Business Development in the New York market and partner for Hewitt Associates. In each of these roles, Bill worked with clients and consultants to help employees retire successfully.

Bill holds a bachelor’s degree in finance from Villanova University. He is a frequent speaker at investment and retirement industry events. In addition, 401kWire has recognized Bill as one of the most influential people in the defined contribution industry.

Christine Moritz is Senior Vice President and CFO for Empower Retirement. In her role, Christine leads Empower’s financial teams, which provide financial and strategic support for the organization.

Christine, who joined the organization in 2003, has held various roles within the finance industry. Previously, she served as an auditor for PricewaterhouseCoopers.

Christine holds a bachelor’s degree in business administration with a focus in accounting and a master's degree in professional accounting from the University of Texas at Austin. Christine, a Colorado-certified public accountant, also serves as a Community Shares of Colorado board member.

Dan Morrison is Senior Vice President of Government Markets for Empower Retirement. In his role, Dan leads the firm’s government market segment, overseeing sales, client retention and financial results. This business comprises some 9,300 plans and 2+ million government workers. As such, Empower is the top provider of 457 plans by assets and participants.1 Its customers include over 20 state 457 programs.

Most recently, Dan served as Vice President and Practice Leader for Empower’s not-for-profit segment, where he was responsible for overall sales and retention in the company’s growing book of healthcare, education, faith-based and other nonprofit plan sponsors.

Dan has held increasingly responsible sales and service positions, including Sales Director and Managing Director. In the latter role, he led 70 directors and relationship managers. Before joining Empower in 2003, he was an Assistant Vice President at Merrill Lynch.

Dan holds degrees in mathematics and English from the University of Vermont. He serves on the Denver Metro Chamber of Commerce Healthcare and Education committees and is a Craig Hospital PUSH committee member.

Joe Smolen is a Senior Vice President for Empower Retirement. In his role, Joe leads the core market segment, which consists of retirement plans with under $50 million in assets and includes some 24,000 plans and 1.6 million participants. Joe is also responsible for strategy development as well as all sales, client retention and financial results.

During his nearly 20-year tenure with the organization, Joe has held numerous sales and leadership positions. As Vice President of Sales Strategy, he led an initiative to recast the core market’s internal sales desk, and as Regional Vice President for the western territory, he grew sales roughly 24% a year over 10 years. Joe has also served as a Pension Consultant covering 21 states and was named national salesperson of the year twice.

Joe holds a bachelor’s degree in management from Kansas State University., He is involved with the Children’s Diabetes Foundation, the Barbara Davis Center for Diabetes and the Tim Tebow Foundation and is a board member of Great-West Capital Management, Advised Assets Group, and the Plan Administrative Committee – Welfare Benefits.

Carol Waddell is Senior Vice President and Head of the Retirement Solutions Group for Empower Retirement. In her role, Carol oversees the fiduciary teams delivering guidance, advice, managed accounts, and financial wellness and planning across all defined contribution segments for Empower and leads the IRA and Empower Brokerage businesses across all corporate and government defined contribution segments.

Carol has also worked for T. Rowe Price, where she served in various leadership roles. In addition to providing oversight for defined contribution, defined benefit and nonqualified plan product development and marketing — including customer digital channels; investment products; and services for intermediaries, plan sponsors and participants — she contributed significantly to the firm’s overall retirement income and target date product strategies. Carol has also served at Citibank in a variety of positions focused on marketing and customer experience.

Bob Holcomb is Vice President of Legislative and Regulatory Affairs for Empower Retirement. In his role, he oversees retirement policy efforts on behalf of Empower. In addition, Bob interprets pension-related legislation and regulations, consults with clients and internal partners on legislative and regulatory issues, and represents the organization in advocacy groups.

Bob joined the organization in 1991 and has been in the retirement services industry for more than 30 years, serving in client management, operations, technical consulting and sales support roles.

He is a graduate of the University of Kansas School of Law. He currently serves on the executive board of the American Benefits Council and works with other industry advocacy groups.

Valerie Schaad is Vice President of Human Resources for Empower Retirement. In her role, Valerie is responsible for the strategic management and oversight of human capital solutions.

Valerie, who joined the organization in 2015, has more than 25 years of experience working in human resources, primarily in the medical manufacturing, healthcare and financial services industries.

Valerie holds a master's degree in management from the University of Colorado, Denver.